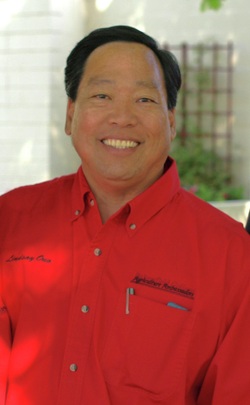 Lindsay Ono was born and raised in the agricultural San Joaquin Valley in Bakersfield, California. The son of a nurseryman, Mr. Ono developed a love for plants and landscaping from his family’s business.

He received his education from Bakersfield College and California Polytechnic State University, San Luis Obispo in ornamental horticulture. Mr. Ono has taken on a wide range of horticultural jobs for over 28 years, working for retail landscape nurseries, as a laboratory research technician for a rose grower, radio talk show host and a horticultural educator in a federal prison.

He is an Associate Professor of Environmental Horticulture at Bakersfield College. In addition, he is the faculty advisor for the Bakersfield College Agriculture Ambassador Program. He is a member of the California Agricultural Teachers Association and is co-chair for the Community College Environmental Horticulture Curriculum committee. He also works with the California Statewide Career Pathways Project—Discipline Work Group and Champions Career Pathways Consortium.

Mr. Ono is Vice President of Education for the Kern County Chapter, California Landscape Contractors Association and also a board member and technical advisor for the Tree Foundation of Kern, a non-profit urban reforestation group.

He also is the organizer of Garden Fest, an event that highlights the Bakersfield College Agriculture program and brings the community together by combining educational garden seminars and fundraisers for community garden clubs.